Lately, the topic of guilt has been coming up while I (Barry) have been working with my therapy clients on video-conferencing. So I’d like to focus this article on the healing of guilt.

First, what is guilt? Most people know the answer. It’s the feeling of responsibility for doing something wrong or having done something wrong in the past. I would say we all have this feeling of guilt. It’s universal. We’ve all made mistakes, sometimes big ones. And feelings of guilt are too often the result.

In 12-step recovery programs, “making amends” is an important step. If there are mistakes that can be corrected, wrongs that can be righted, hurts that can be apologized for, by all means, do so. Many years ago, one of our assistants stole quite a lot of money from us as well as Joyce’s diamond engagement ring, and then quickly moved away. Many years passed and then, a few years ago, she called and got Joyce on the phone. Through her tears, she admitted that her guilt has been a huge burden, holding her back in her life, and she wanted to make it right. Joyce was loving (because that’s who she is) but she was also firm about the importance of paying us back. This young woman enthusiastically agreed, but we have never heard from her again. We can only imagine how the continued weight of her guilt is keeping her unhappy until she can make things right.

Sometimes, we can’t correct our mistakes. Like hurting someone who we can’t find to make an apology. When I was a teen, I was angry with a neighbor who used to frequently yell at us when our ball landed on their lawn. One night, I exploded a large firework outside their window which probably deeply frightened them. I feel bad for having done that, don’t know their names, and realize they are no longer alive. Even so, I apologized to them inwardly, which helped me release this particular guilt.

Then there’s existential guilt, feeling that just being alive is doing something wrong.

This form of guilt is much more difficult to correct. For many of us, we have somehow gotten the message that we are problems. Rather than our behavior being condemned, we have felt condemned as persons. Until I corrected her when I was in my forties, my mother used to label me as an “incorrigible child” when I was young. Now of course I understand that I was simply strong-willed, and my mother wasn’t strong enough to stand up for herself. But the damage was done, and, for many years, I was left feeling that there was something inherently wrong with me.

Guilt keeps us from doing good things for ourselves or limiting the time we spend on self-nurturing or creativity. I love singing with my harmonium or piano and writing songs. But I notice that little voice in my head that tries to limit my creative time because it’s not “productive.” I can be really enjoying myself when I suddenly hear that inner guilty voice saying, “Time’s up. Now get back to work.” I understand workaholism. I am a recovering workaholic. Guilt is at the heart of workaholism.

Guilt has us doing more for others, and not enough for ourselves.

“How dare we nurture ourselves! Don’t be selfish!” The message in all this is clear: others are more important than we are. But this would have us try to put an oxygen mask on our children, or anyone else, in an airplane cabin that loses pressure. Unless we first put our own mask on, we risk passing out and not helping anyone. Likewise, unless we give enough to ourselves, we will have nothing to give to others. I love the Native American saying, “Humble yourselves to receive before you can truly give.”

So how do we heal guilt so we can live a guilt-free life? At the core is the feeling of unworthiness, not knowing that we deserve the fullness of love. As we write in Risk to Be Healed:

If we’re running away from love because of a feeling of unworthiness, then we need to stop and remember who we are: children of the Creator, sons and daughters of the light, rightful heirs to all the love and power of the universe.

And here’s the truth: nothing we have ever done can take away our inherent worthiness. Some years ago, I had a pivotal moment in a cave near the top of a mountain above Poggio Bustone in Italy. Saint Francis went into this cave 800 years ago, determined not to continue his ministry until he knew for sure that he was forgiven for his many sins as a young man. His wish was granted, and this cave is now known as the “place of forgiveness.”

The first time Joyce and I visited this cave, which required a steep hike up the mountain, I also wanted this certainty of forgiveness for all the many misdeeds of my own younger life. I went into the cave prepared to sit for a long time in meditation, going through my long list of transgressions one by one, seeking forgiveness. I sat down, was about to start with the first item on my list, when suddenly I felt a heavenly energy and the words came to me, “Barry, you are completely forgiven for all of it.”

I felt light as a feather and jumped up for joy.

Not one item on my long list could take away the worthiness of my soul, my divine birthright. Joyce, knowing every item on my list and was prepared to wait for a very long time for me, was surprised, and then overjoyed to see this divine miracle.

The guilt-free life is ours for the asking. Know this: Every time you do something loving for yourself, you are helping everyone else. Every time you do something creative, like art, music, dance, writing from the heart, or growing flowers, you bless the world. When you take care of your body with healthy eating and exercise, you take care of the whole body of humanity. When you quiet your own mind through meditation or contemplation, you help quiet all minds. And every time you take a conscious breath, taking in the pure energy of creation, you can then breathe out your unique gift to the world.

Call 831-684-2299 for further information on counseling sessions. Visit their website at SharedHeart.org for their free monthly e-heartletter, their updated schedule, and inspiring past articles on many topics about relationships and living from the heart. For opportunities to bring more love and growth into your life, please visit Barry and Joyce Vissells’ events page. 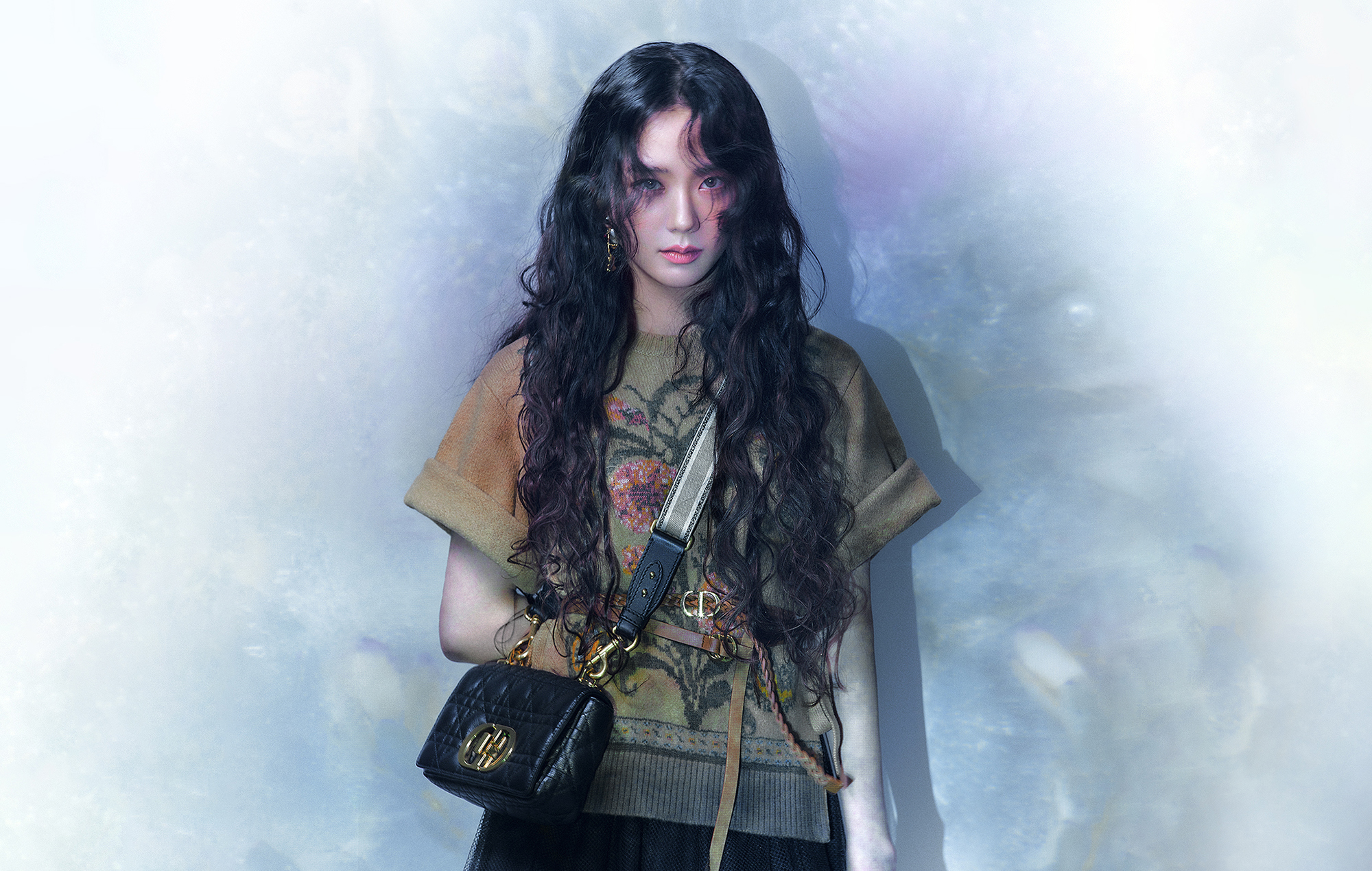 BLACKPINK’s Jisoo has been named Dior’s new global ambassador for fashion and beauty.

The fashion house announced the appointment through Instagram, alongside photos of the K-pop star donning several Dior looks. The luxury label remarked that Jisoo “perfectly encapsulates the House’s contemporary femininity” and cited her as a key inspiration for their upcoming Autumn/Winter 2021 collection.

The K-pop idol said that the upcoming collection has “an underlying boldness to it that’s felt when the garment is worn”. She added: “I myself may seem calm on the exterior, but as an artist I exert a more powerful attitude on stage.”

The BLACKPINK member also expressed her excitement for the partnership. “I can’t wait for all the exciting work we’ll do together,” she said in an Instagram caption. “Hearing that the [Dior Fall/Winter 2021] collection was largely inspired by myself made this shoot that much more special,” she added.

The singer has worked with Dior since December 2019, when she was first named the Korean ambassador for their cosmetics brand, Dior Beauty. She also modelled for the brand’s Autumn/Winter 2020 collection.

This appointment makes Jisoo the latest BLACKPINK member to become a global ambassador for a French luxury fashion house. Fellow members Rosé and Lisa were named as global ambassadors for Saint Laurent and Celine respectively last year, while Jennie has represented Chanel since 2018.

BLACKPINK released their first full-length Korean album ‘The Album’ in 2020, which featured the singles ‘Lovesick Girls’ and ‘How You Like That’. In the same year, the group also released collaborations with Lady Gaga, Selena Gomez and Cardi B. 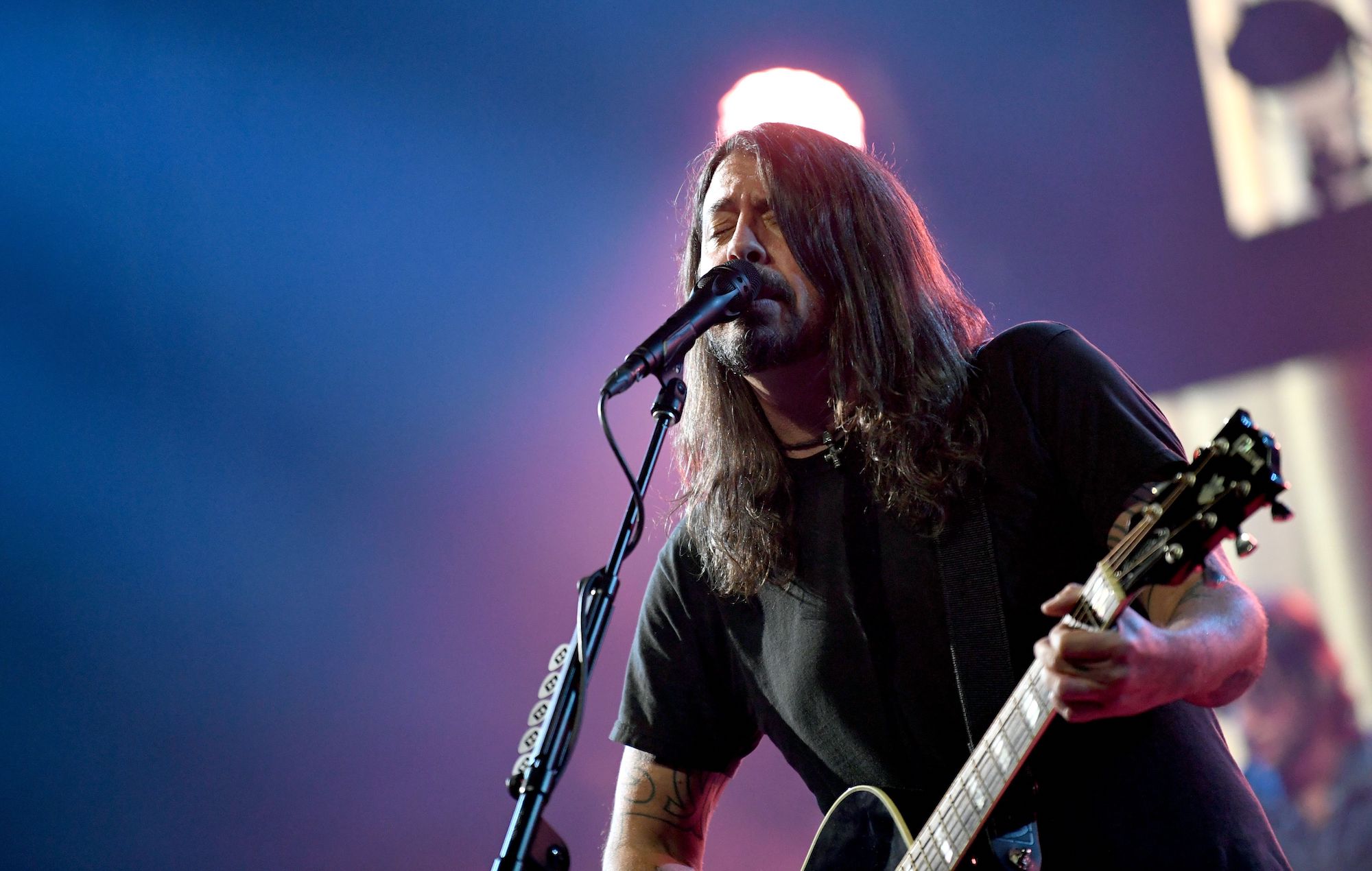 Foo Fighters were one of the acts to perform on Linda Perry’s Rock-N-Relief charity livestream this weekend.

During a two-song set, Foo Fighters performed a cover of Bee Gees member Andy Gibb’s ‘Shadow Dancing’ as well as their own song ‘Making A Fire’, which featured on their latest album ‘Medicine At Midnight’.

For the performance, the band were joined by three backup singers. Drummer Taylor Hawkins also took on vocal duties for the Foos’ take on Gibbs’ 1978 disco hit. Watch their set below around the 5:40:03 mark.

Earlier, Rilo Kiley’s Jenny Lewis and Blake Sennett reunited for the first time in six years on the Rock-N-Relief livestream. The event is raising money for Sean Penn’s CORE Response charity, which the actor founded in 2010 after Haiti was hit by a devastating earthquake. The non-profit has been working to help with coronavirus relief efforts throughout the pandemic.

Meanwhile, Foo Fighters recently took on another track associated with Gibb. During an appearance for Jo Whiley’s Sofa Session on BBC Radio 2, the band covered the Bee Gees’ ‘You Should Be Dancing’, with Grohl tackling the disco legends’ falsetto vocals.

“We started recording the instrumental track, and then I thought, ‘OK, well I’m gonna go out and sing it…’ and let me tell you: I have never, ever in my life sung like that, but it was the easiest song I have ever sung in my entire life!” Grohl said of the cover.